Collaborating with Mythology in Arena of Truth Season 7, the Dragon Warriors are two clans with a large buff power that helps Volibear – the mainstay of the team takes a large amount of resistance and relatively high magic damage. The next article will teach you how to play Dragon Warrior – Mythic Army with basic Volibear. We present the team

First, let’s look at the strength of the two main clans in the line:

The weakness of the staff 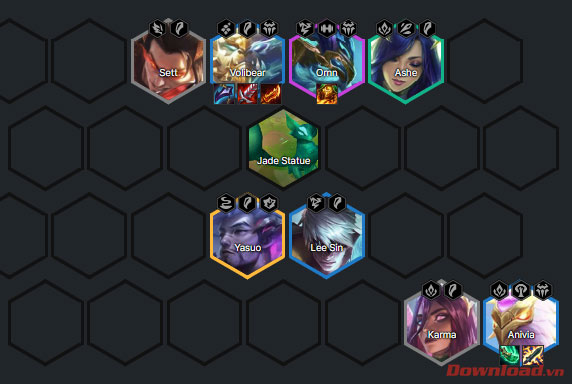 Since this is a team that relies heavily on the power of Volibear, we should prioritize getting items for this champion. Also, we will provide all other AP equipment for Anivia to fill the damage. If you still have physically damaged equipment, transfer it to Yasuo (if available).

Wishing the Mythical Dragon Warriors many victories in TFT season 7!